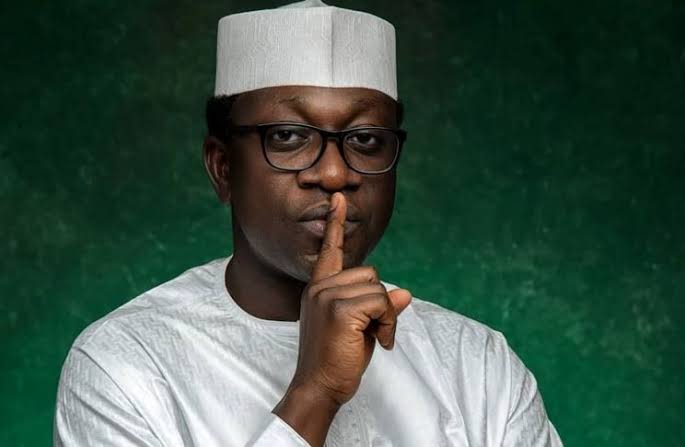 Kofa had taken to his Twitter page to announce his exit from All Progressives Congress (APC) on Saturday, May 7, 2022.

However, reason for such action was not publicly revealed but boasts in his terse notification that he had give enough to the ruling party and it was time to move on.

Another reports emerging on Sunday morning, however, indicated that Kofa has accepted a reconciliation offer in the House of Representative’s contest crises in Kiru/Bebeji Constituency, which allegedly forced him to leave the Party.

The reconciliatory moves according to reports would hold on Sunday at the instant of Governor Ganduje.

It was also gathered that Governor Ganduje had directed the state secretariat of the All Progressives Congress (APC) to immediately take measures to amicably resolve the internal differences among interested aspirants in the Kiru/Bebeji federal constituency, which had resulted in Kofa’s exit from the party.

To this end, the party secretariat summoned a stakeholders’ meeting to discuss the situation in the constituency.

A statement signed by the chairman of the state chapter of the party, Abdullahi Abbas revealed that an invitation has been sent to all the aspiring candidates for the position.

It said Kofa has already accepted the proposal and is ready to attend the meeting.

Abbas, in the statement, called on the parties to remain calm and cooperate with the APC to resolve the internal crisis and further assured that the meeting would come up with a position acceptable to all the aspirants