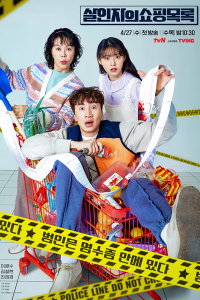 Ahn Dae Sung has excellent memory. Even though he failed his exam to become a 9th grade public official for 3 years, he is still studying to pass that exam. He works part-time at MS Mart in the outskirts of Seoul, which his mother owns. His girlfriend is Ah Hee, who works as a police officer. Both his mother and girlfriend are supportive of him.

One day, a mysterious murder case takes place near an apartment building. MS Mart is located close to the murder scene. Ah Hee investigates the murder case by herself. Soon, Dae Sung and his mother, Myung Sook joins her investigation. The only clue of the murder case is a receipt that was issued from MS Mart.