Reality TV star, Khafi has opened up on her employment status with the London Metropolitan police in the United Kingdom.

The popular star was an officer with the security agency before her participation in the Big Brother Naija, BBNaija reality TV show. 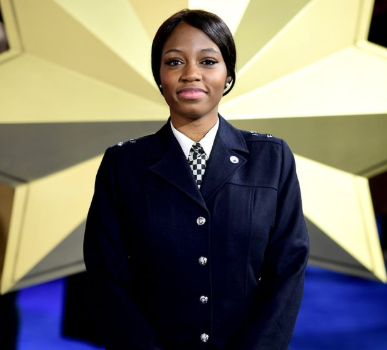 But in a new interview with The Mirror UK, Khafi revealed that though she wasn’t given the go-ahead to participate at the show, her employers have contacted her and asked her to return to her seat.

“I started to ask what the procedure is, what would I do, I thought I might actually get into the show. I wanted to do everything by the book even though I didn’t know if I was in the show or not. I spoke to as many people as I was told to. I was told to go to my commander; I explained the situation, I told him I wanted time off – three months off of work and the reason was because I might get on Big Brother.

Work has been really great, we’ve been speaking and communicating, they asked me when I’d be coming back to work. I’m not sure when I’m going to go back yet. I want to get back as soon as possible, I’m passionate about keeping London safer.” she said