Official ward results showed that the All Progressives Congress and the Peoples Democratic Party are in a tight race. 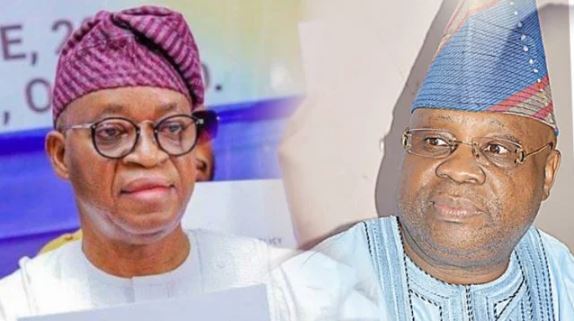 According to The PUNCH, the counting of votes has now commenced in the ongoing governorship election in Osun State as anticipation hangs in the air.

Official ward results showed that the All Progressives Congress and the Peoples Democratic Party are in a tight race.

This is the second time the two candidates would be meeting.

Both Oyetola and Adeleke contested for the Osun governorship seat in 2018, which Oyetola won after a rerun.

After the rerun election which took place in seven units, Oyetola won seven, while Adeleke won one.

Although Adeleke had led Oyetola with 353 votes at the end of the first round of ballots, but after the rerun, Oyetola won with 482 votes.

Some of the ward results are from Osogbo, Boripe, Ayedire, Ifedayo, Irewole, Ede, Olorunda, and Ife.

The PUNCH had reported that 15 political parties are participating in the election, while 1,955,657 registered voters will decide the fate of the candidates.

The Independent National Electoral Commission had also said the election would take place in 332 registration areas across the 30 local government areas of the state.