Adeyanju reminded the former President of the role the APC cabals played during its presidential primary, saying he earlier warned him of ‘use and dump.’ 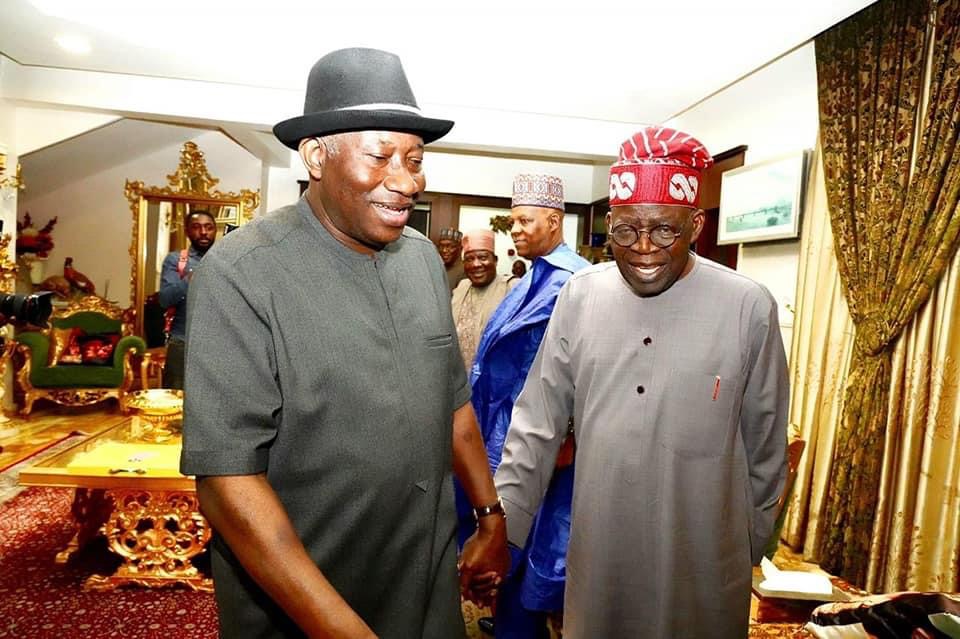 Nigerian activist and Convener of Concerned Nigerians, Deji Adeyanju has sent a warning to former President Goodluck Jonathan.
This comes after the All Progressives Congress presidential candidate, Bola Tinubu paid him a visit.
According to Adeyanju, APC is planning to use and dump former President Goodluck Jonathan.
Adeyanju reminded the former President of the role the APC cabals played during its presidential primary, saying he earlier warned him of ‘use and dump.’
Tinubu, who was accompanied by his running mate, Senator Kashim Shetimma, led a delegation of five APC governors. They included the Governor of Plateau State and Director-General of his Presidential Campaign Council, Simon Lalong; his Ogun State counterpart, Dapo Abiodun; Zamfara State Governor, Bello Matawale; Jigawa State Governor, Abubakar Badaru and Kwara State Governor, AbdulRahman AbdulRazaq.
While the details of the meeting was not made public, a source in Tinubu’s camp told our correspondent that the visit was an extension of the APC national leader’s consultation with major stakeholders in the polity ahead of the 2023 presidential election.
“His visit to Jonathan shouldn’t come to anyone as a surprise. Tinubu holds no grudges with any political leader whether within the party or in the opposition,” the source had said.
Reacting via a Facebook post, Adeyanju said, “Dear Goodluck Jonathan, you won’t die if you don’t support anyone in this election. During the APC primaries when the cabal were deceiving you, hope you remember all my warnings to you that they just wanted to use and dump you. A word is enough for the wise.”