The activist thus reiterated her support for the standard bearer of the Labour Party (LP), Peter Obi in the 2023 general election. 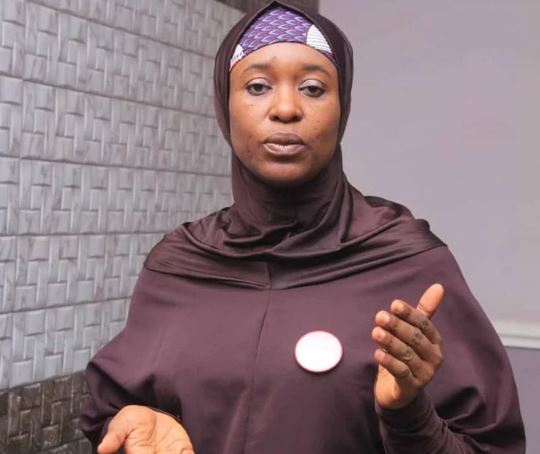 Aisha Yesufu, the Nigerian human rights’ activist, has talked about why people should vote for Peter Obi.

The activist thus reiterated her support for the standard bearer of the Labour Party (LP), Peter Obi in the 2023 general election.

Backing Obi to be the next president of Nigeria, the co-convener of BringBackOurGirls said the electorate should vote competence and character in the next year’s presidential election.

Yesufu, in a video going viral on Twitter seen by Vanguard on Saturday also stated that who becomes the president is not about show adding that the economic downtown and security challenges have dealt with Nigerians already.

She, then, made a bold assertion that the votes for Obi is not about Igbo or Christianity, but about who can be held accountable.

Yesufu said: “I just want you to know that if you’re thinking of Peter Obi. We are talking of competence. This is not about Igbo, or about Christianity. This is about competence, character and capacity and courage. And of course criticism. It is about being able to make demands and be able to criticize and be able to hold whoever is in the office accountable.