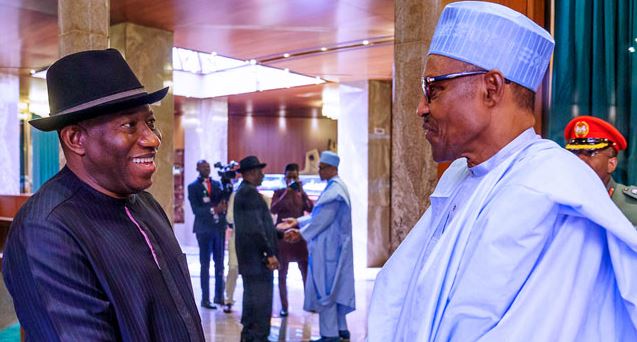 President Muhammadu Buhari has said that the peace pact he signed with former President Goodluck Jonathan during the 2015 elections led to the peaceful conduct of the polls.

The president stated this when the National Peace Committee (NPC) led by former Head of State, Gen.Abdulsalami Abubakar (retd), visited him at the State House, Abuja on Thursday, September 29.

The process, according to Buhari, was aimed at committing political parties, aspirants and their supporters to conduct their campaigns in a peaceful manner.

“The timing of the First National Peace Accord is significant considering political party campaigns have already commenced in the country.

“The initiatives undertaken by the NPC are commendable as these efforts would ensure issue-based campaigns.

“I look forward to the second phase of the signing of the National Peace Accord coming up in January 2023.

“You may recall that President Goodluck Ebele Jonathan and I signed the first National Peace Accord before the 2015 elections.

“It is my conviction that it contributed significantly to the peaceful outcome of the 2015 election.

“It is my hope that the National Peace Committee continues this important work post-2023.”