He said the government had been able to deliver more than 1,800 kilometres of roads across the six geopolitical zones of the country. 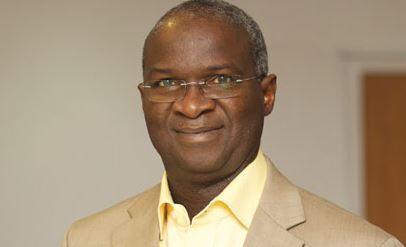 Former Governor of Lagos state and Minister of Works and Housing, Babatunde Fashola, said yesterday that the Federal Government  has justified foreign borrowings with construction of infrastructure projects across the country.

The Minister, who stated this during the opening ceremony of the 28th National Council of Works meeting holding in Kano, said:

“Our first budget [in 2016] was over N250billion, up from the N18billion we met in 2015, that was an increase of over a thousand per cent, even though the price of crude oil was dropping, we did not raise taxes.

“So, some of these monies had to be borrowed. When you hear those conversations about public debts, this is where the money went. Just remember that.’

He said the government had been able to deliver more than 1,800 kilometres of roads across the six geopolitical zones of the country so far, adding that it was determined to complete all ongoing projects before the expiration of its tenure in May next year.