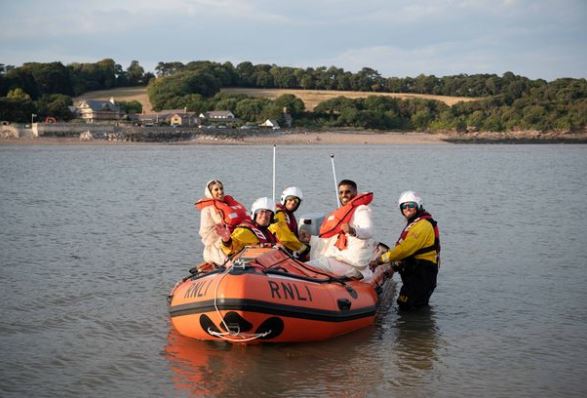 The story has been told of a a bride and groom who had to be rescued during their photo shoot.

The couple were recused when a tide that didn’t get the marital memo cut them off during their post wedding photo shoot.

The day began as would any other traditional Hindu ceremony would.

Once completed, the couple legally became husband and wife, but as Shaniya and new hubby Sohil headed for the beach, their marriage was already heading for the rocks. 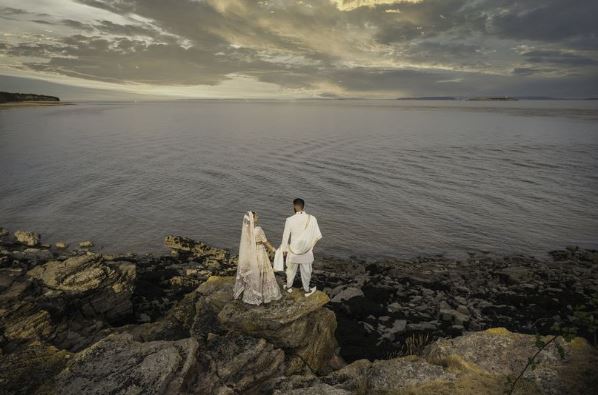 During the post wedding shoot, and clearly blinded by their love, they didn’t spot the tide rushing in, and soon the RNIL had to be called in “as a first” in their history.

Shaniya said: “As soon as the RNLI arrived they were like, ‘Congratulations, this is a first, we’ve never had to rescue a bridal party before’.”

“They were amazing about the whole thing.”

The couple were cut off in Sully, south Wales, after they had been out taking romantic snaps.